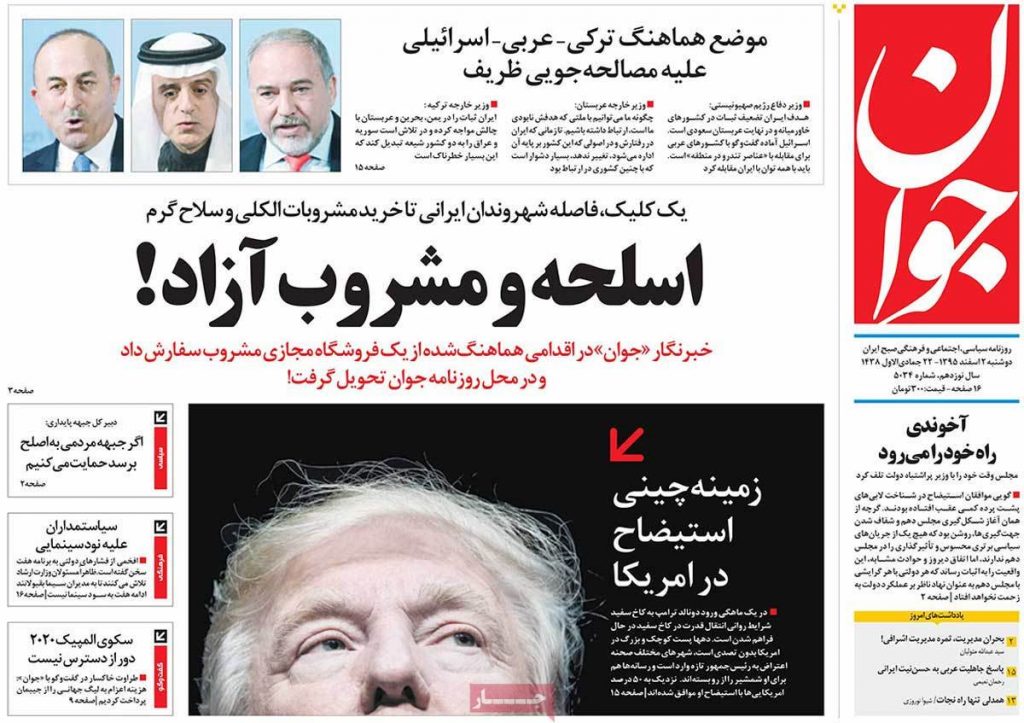 A website serving as a mouthpiece for Iran’s Islamic Revolutionary Guards Corps (IRGC) has attempted to justify the criminal investigation launched by the judiciary against Iranian nationals working for BBC Persian, and the ongoing harassment of its staff and their family members, as “part of the spoils of war.”

“If the Islamic Republic of Iran views Britain’s policies as adversarial, which it does, then how should it deal with that country’s soldiers in the ongoing soft war?” wrote Abdollah Ganji in an article published on October 27, 2017.

“Isn’t the BBC at the service of the opponents of the Islamic Republic, who pose as academic experts from places no one has heard of?” he said. “Why wouldn’t Iran see them as enemies? Are enemy properties not part of the spoils of war?”

An attorney in Tehran pointed out the flawed and illegal reasoning displayed by the author of the article.

“It would be impossible to prove that the BBC, or any other media outlet, is at war with the Islamic Republic of Iran,” Mohammad Moghimi told the Center for Human Rights in Iran (CHRI) on October 31, 2017. “But even if that was the case, you absolutely couldn’t justify punishing families for the actions of individuals, even under war-time laws.”

On October 25, the BBC World Service made an urgent appeal to the United Nations, asking it to investigate a court order and injunction by Iran’s judiciary freezing the assets of 152 BBC Persian staff, current and former, for allegedly engaging in “conspiracy against national security” in Iran and abroad.

The BBC requested that the UN investigate the incident and advise Iran on how to remedy what the BBC listed as multiple breaches of Iran’s obligations under various international treaties.

The Iranian judiciary’s court order was the result of targeted efforts by the security establishment to eliminate BBC Persian’s reach and impact in the country. The campaign began with the jamming of the BBC’s satellite signals in Iran and the expelling of foreign reporters based in the country after Iran’s disputed 2009 presidential election.

Since then, BBC Persian staff members have been subjected to hacking attempts and defamation campaigns intended to reduce their popularity among Iranian citizens.

Family members of BBC Persian workers have also been subjected to harassment and arrests by security forces aiming to intimidate BBC Persian into stopping its reporting on Iran.

Moghimi, who has represented defendants in cases involving politically motivated charges in Iran, told CHRI no law justifies the collective punishment of people.

“The individual nature of criminal responsibility is a clearly accepted principle in all legal textbooks, including the ones in Iran,” Moghimi told CHRI. “Every person is responsible for their own actions. You cannot hold others responsible for others’ actions and punish them.”

“Even in times of war, you cannot punish a family for the actions of a soldier,” the attorney added. “If the relative commits a crime, then they can be held responsible and punished. But there is no justice system that holds families responsible even for the actions of relatives who carry out armed attacks, let alone work for the BBC.”

The BBC angered Iranian authorities with its uncensored coverage of the widespread protests against the results of Iran’s disputed 2009 election, which brought Mahmoud Ahmadinejad a second term in office, and the state repression that followed.

“The Iranian government is conducting what appears to be a politically motivated investigation into 152 BBC Persian staff, former staff and contributors, accusing them of conspiracy against national security in Iran,” said Tony Hall, the director general of the BBC, in a statement on October 25. “This is an unprecedented collective punishment of journalists who are simply doing their jobs.”

“This is not just a campaign against BBC Persian staff, but against fundamental human rights, and the BBC calls on the government of Iran to end this legal action immediately,” he added.

The BBC’s Persian-language television and radio broadcasts from London are banned in Iran. The BBC claims it has 12 million viewers and listeners in the Persian-speaking world, including in Iran, Afghanistan, and Tajikistan.